Officials from France and the United States have reached a compromise on a new French tax on services provided by large internet companies, potentially defusing the threat of a trade conflict between the two countries.

Under the terms of the agreement, France would repay companies the difference between its digital tax and whatever taxes come from a planned mechanism being drawn up by the Organization for Economic Cooperation and Development (OECD), a spokesperson for France’s Finance Ministry told CNN Monday.
«We have reached a very good agreement,» French President Emmanuel Macron said at a joint press conference with US President Donald Trump at the G7 summit in Biarritz, France on Monday. «These large multinational players that don’t pay taxes, that leads to significant instability on the economic front that is not fair.»
Macron said his preference is for international rules for taxing digital services. If and when that happens, he said, «France will do away with its national tax.»
Last month, France approved a new 3% tax on the revenue that bigger tech companies generate from their digital businesses, such as by collecting vast amounts of user data and selling targeted advertising. The digital services tax only applies to companies which earn more than €25 million (around $27.7 million) in France, or €750 million (around $830 million) worldwide.
The new tax prompted a threat of retaliatory action from the US. The Office of the United States Trade Representative launched a so-called Section 301 investigation in July into whether the law amounts to unfair trade practices. Trump even threatened to push back by taxing French wine.
«We tax our companies, they don’t tax our companies,» Trump said last month.
Tech companies, including Google (GOOG) and Amazon (AMZN), argued the tax would unfairly target American companies. At a hearing in Washington last week Amazon said it will pass along the costs of the French digital tax to its third-party sellers beginning October 1.
Speaking at the press conference on Monday, Macron said the tax was not meant to target specific companies and that many French businesses would also be impacted. 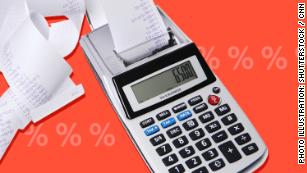 The world just moved closer to the biggest corporate tax overhaul in a century
The OECD overhaul seeks to address shortcomings in global taxation by resolving questions over when taxes ought to be paid and whether those taxes should be collected where the buyers or the sellers are located. While the OECD mechanism is about taxes in general, it is being done with the issue of how to tax digital services specifically in mind.
The OECD plan also seeks to ensure that multinational companies pay a minimum level of tax, thereby discouraging them from shifting profits to countries with lower levels of taxation. If a business pays less than the minimum, the country where it operates might be able to demand more tax revenue.
The G20 finance ministers agreed to a roadmap of the new tax plan in May, with the hope of a new agreement being signed by leaders in 2020. Actual implementation would be years away.
Amazon, Google and Facebook did not respond to requests for comment.

Sandrine Amiel and Kevin Liptak contributed to this report.